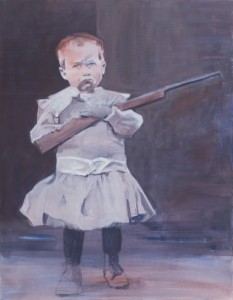 Article in the Journal of the City of Arnhem :
Article in the Journal of the City of Arnhem : “The Belgian artist Johan Clarysse lives and works in Bruges. He makes paintings, drawings and collages. Main themes in the oeuvre of Clarysse are identity and power. These topics return in his series of works that are known by titles such as: ‘Suspicious Portraits’, ‘Looking at (for) the invisble’, ‘Les charmes discrets du pouvoir’, etc. The exposition ‘Figures of Power’ in Art Gallery O-68 displays paintings from several of the previously mentioned series of works. The artist shows that power is a concept that has various meanings and forms, it’s everywhere and nowhere,

often negative, but sometimes neutral or even positive. When people live together, power arises…” 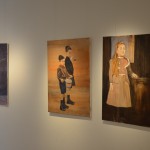 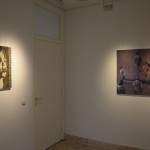 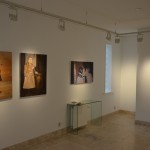 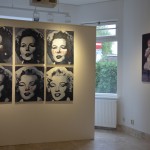